Home / News / A Crash Course In Thermodynamics For Electrical Engineers

A Crash Course In Thermodynamics For Electrical Engineers 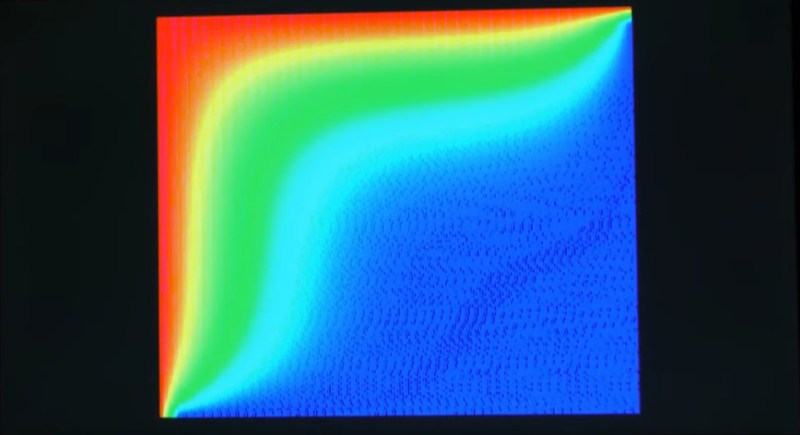 It’s a simple fact that, in this universe at least, energy is always conserved. For the typical electronic system, this means that the energy put into the system must eventually leave the system. Typically, much of this energy will leave a system as heat, and managing this properly is key to building devices that don’t melt under load. It can be a daunting subject for the uninitiated, but never fear — Adam Zeloof delivered a talk at Supercon 2019 that’s a perfect crash course for beginners in thermodynamics.

Adam’s talk begins by driving home that central rule, that energy in equals energy out. It’s good to keep in the back of one’s mind at all times when designing circuits to avoid nasty, burning surprises. But it’s only the first lesson in a series of many, which serve to give the budding engineer an intuitive understanding of the principles of heat transfer. The aim of the talk is to avoid getting deep into the heavy underlying math, and instead provide simple tools for doing quick, useful approximations.

Conduction is the area first explored, concerning the transfer of heat between solid materials that are touching. Adam explains how this process is dependent on surface area and how this can be affected by surface condition, and the reasons why we use thermal paste when fitting heatsinks to chips. The concept is likened to that of electrical resistance, and comparisons are drawn between heat transfer equations and Ohm’s law. Thermal resistances can be calculated in much the same way, and obey the same parallel and series rules as their electrical counterparts.

With conduction covered, the talk then moves on to discussion of convection — where heat is passed from a solid material to the surrounding fluid, be it a liquid or a gas. Things get a little wilder here, with the heat transfer coefficient h playing a major role. This coefficient depends on the a variety of factors, like the fluid in question, and how much it’s moving. For example, free convection in still air may only have a coefficient of 5, whereas forced air cooling with a fan may have a coefficient of 50, drawing away 10 times as much heat. Adam discusses the other factors involved in convection, and how surface area has a major role to play. There’s a great explanation of why heatsinks use fins and extended surfaces to increase the heat transfer rate to the fluid.

With the basics out of the way, it’s then time to discuss an example. Given the talk is aimed at an electrical engineering audience, Adam chose to cover the example of a single chip in the middle of a printed circuit board. In three dimensions, the math quickly becomes complex, with many differential equations required to cover conduction and all the various surfaces for convection. Instead, the simulation is simplified down to …read more