If great games make for a great console, Miceoosft made its case for the Xbox One on Tuesday, releasing 23 launch-day titles that include several traditionally AAA franchises….

If great games make for a great console, Miceoosft made its case for the Xbox One on Tuesday, releasing 23 launch-day titles that include several traditionally AAA franchises.

Although the list—which includes the Assassin’s Creed, Battlefield, Call of Duty, FIFA, Forza, and Madden franchises—is an impressive roster of games that Microsoft claims will be available at launch, the football-mad European market will receive EA Sports’ FIFA 14 as a bundled launch title, if Europeans pre-order the console. (Once supplies sell out, another “blockbuster game” will be made available.) And in addition to the top titles, Microsoft also announced a new program, known as [email protected], designed to lure indie developers back to Microsoft’s console.

Microsoft made the announcements at the the Gamescom conference in Germany, the European equivalent of the E3 conference within the United States. 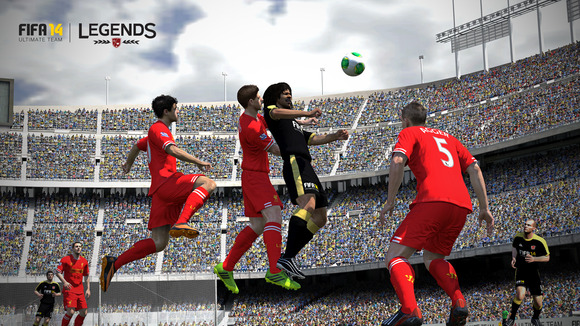 EAWith FIFA 14, gamers will be able to create an “Ultimate Team” of legendary players.

Microsoft’s Xbox console has been the top-selling console within the United States for 31 months straight, although Microosft only sold 107,000 Xbox 360 consoles in July, a low point as gamers begin putting their wallets away in preparation for the Xbox One. Microsoft’s list of titles are designed to lure them back: