Home / News / One Solution, Many Problems

One Solution, Many Problems 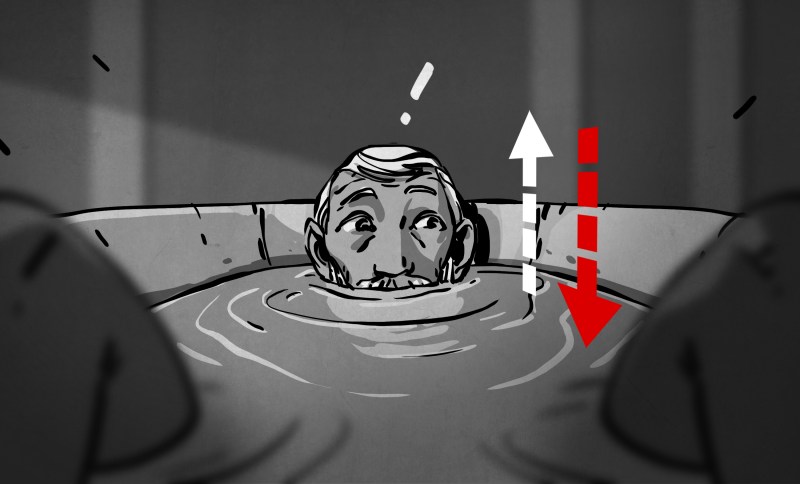 You might think you’re lucky when one of your problems has multiple solutions, and you get to pick and choose, but you’re even luckier when one solution has many problems! This week I stumbled on an old solution in a new place. The project was a fantastic old MIDI guitar build, the Tryndelka by [Aleksandr Goltsov]. And the old solution? Switch matrix diodes.

You see, [Aleksandr] is making an electric guitar where the strings are pulled up to a certain voltage and then make contact with metal frets. Each fret is cut into six pieces, so that the strings can be read out individually, and the microcontroller scans each string in succession to test if it’s pressed down or not. Done, right? Wrong! The problem comes when two or more strings are pressed at once — the electrical path from the string you want will travel through the closed switch on a string that you’re not scanning. The solution is a ton of diodes.

I learned this problem the hard way in wiring up a MAME cabinet, at about 3 A.M. the night before we were going to bring it to Schmoocon. We finally got the whole USB/button code working, so we played some celebratory rounds of Street Fighter. We eventually noticed that hitting one button, or even moving the joystick in a particular direction, would block some of the other buttons from working, or change their function entirely. Quick Internet search later, and we were hand soldering 64 diodes until dawn. Good times!

But the fact that switch matrices need diodes, and exactly why, is forevermore burned in my brain. It’s fun to see it pop up in all sorts of contexts, from DIY keyboards to MIDI guitars, to Charliplexing. (It’s the “D” in LED!) It’s one of the classics — a solution to many problems.

This article is part of the Hackaday.com newsletter, delivered every seven days for each of the last 200+ weeks. It also includes our favorite articles from the last seven days that you can see on the web version of the newsletter.

Want this type of article to hit your inbox every Friday morning? You should sign up!